What? Did I really just type that?

I recently attended a conference where Matt Dixon, a group leader at CEB presented on making your customer experience unique. I expected him to cover the benefits of surprising and delighting your customers, but I couldn’t have been more wrong!

He started his talk somewhat as I’d expected. He told a great story of how the Ritz Carlton surprised and delighted a guest at one of their resorts. That guest was staying at the Ritz with his wife and very young son.  When they departed and got home, they realized they had left their son’s beloved stuff animal, Joshie, at the resort. The little one was beside himself, crying, apoplectic, etc. So the father told the boy that Joshie had decided to stay on at the hotel for a few extra days to have some Joshie time. It bought him some time anyway to find a Joshie replacement.

But then a surprising thing happened. The Ritz Carlton called to tell this guest that they had left a member of their party behind. The father expressed his relief and owned up to the white lie he had told his son. The next day, a box arrived at their home from the Ritz. Inside was of course Joshie, but in addition, these pictures were also included. 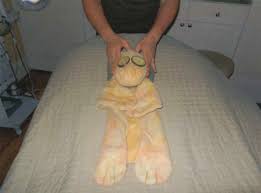 Talk about the Ritz saving the day!

But then the talk took a strange turn. Matt said that the CEB set out to do some research on customer loyalty. They embarked on a 7-year project to study customer service and customer loyalty and concluded that delighting the customer doesn’t actually pay off with increased loyalty. Customer service CAN efficiently and effectively drive loyalty, but not in the way described above.

Avoid the next issue a customer may have (by anticipating it). He had a great example of this. He broke a part off of his Dyson vacuum cleaner. So he called to get a replacement. The rep easily helped figure out the model he had and therefore the part that he needed. And she said she was going to send him two of them. Matt asked why (and also explained a bit about what he does), since he really didn’t think he’d break the part again. And she explained that it’s a little tricky to attach the part, and sometimes customers will snap off a small part of it in trying to click it in place. Once that happens, the part won’t stay on the vacuum, so you’d need another one. And once you snap it off once, you understand how to make sure that doesn’t happen. She said it’s less expensive for them to send out two of the parts than to take another call from the customer.

The CEB research showed that the lower the effort required by the customer, the higher the repurchase rate (94% repurchase for low effort vs only 4% for high effort). And they spend more. AND, word of mouth, in a bad way, is way higher for high-effort required customers. So when customers are unhappy, they share at a much higher rate than happy customers. And the beauty about making the customer experience easy, is that your costs will go down by 37%! Why? Because, among other reasons, your customers will have less reason to call you back.

It turns out the KISS principal is alive and well and can help you garner customer loyalty!