If you have financial investments, you know that deciding the level of 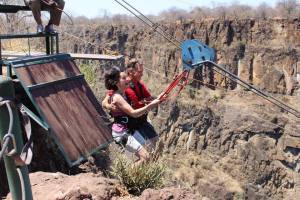 risk you are comfortable with defines your strategy. A young adult will have a higher risk tolerance than someone approaching retirement for instance, because they have longer to recover from mistakes.

But how does that translate to the business world? Risk taking when you’re spending someone else’s money is decidedly different from when you are spending your own. A former boss once told me to spend the company money as if it were my own. His point was that it’s okay to take risk, but make sure it’s calculated and you understand how much is being risked.

The really successful marketers that I know have all been risk takers. 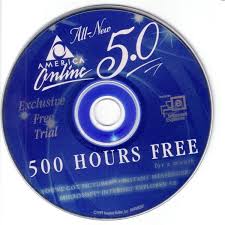 Take Jan Brandt for example. She was the person in charge of marketing at AOL when AOL was just starting out as a young brand. She was able to convince Steve Case that spending a bunch of money to mail the AOL software on CD roms was going to be the key to their success. She told the guy in charge of the network to get ready, the fire hose was about to open. He was skeptical…for about 5 days. And then the mail started to hit homes… and the rest is history.

There are plenty of other historical examples of how risk taking drove a company to success. And that’s the number one reason to take risk in your marketing.

Taking risks can yield large returns. In the AOL example above, Jan knew that to use AOL, you needed the software. The Internet was new enough that only a small portion of the population was connected. She needed the software to be readily available so that when someone made the decision that it was time to connect, they had an AOL rom handy. So while she took a huge risk, it was a calculated one, and the payoff was huge.

Taking a risk can help you create compelling content that prospects want to read. How? By writing something that gets folks thinking. Maybe in your corporate blog you offer a suggestion for how the government should be (or shouldn’t be) regulating your industry. Or perhaps you ask your audience how they feel about a certain topic to get them talking. You can use that conversation to help drive your next action, and then tell your readers the outcome of your efforts.

Taking risks can create success in ways you haven’t thought of. I found an old article in Ad Age that talked about the Doritos campaign from 2007. Doritos launched a contest for consumers to create an ad for the Super Bowl that the public would vote on. The Super Bowl! The granddaddy of all advertising opportunities! No one had tried that before. And it worked for them, and still works to this day. It’s a great early example of using user-generated content to drive views (Youtube hits total in the millions for these ads) and certainly engagement and press coverage. Doritos took a risk with that campaign, and it certainly seems to have paid off.

Risk-taking helps you stand-out from the competition. Taking a unique approach that differentiates your brand from everyone else’s carries risk, but if it works, creates awareness and buzz. Doing the same thing rarely gets press attention, but stepping out of your comfort-zone can. K-mart ‘Ship my Pants’  is a great example of this. That new and edgy ad campaign has over 22 million YouTube views! It got people talking!

Risk-taking can create a successful product, even when consumers don’t realize they need it. Steve Jobs is the most well known person to take this approach. He famously said that

”A lot of times people don’t know what they want until you show it to them.”

Most brands don’t have the stomach to trust their gut so fully and in the face of so little research, but for Apple, the approach paid off, at least eventually.

Think about risk when you are designing your next campaign. Hopefully your next bet will be the one that pays off. Fear not.